I hadn't planned to do a blog initially as I didn't expect to be doing much with this car, but I'm sat at home, bored out my mind, so thought sod it, why not!

I have a 1995 Super S (see my other blogs) which has been sat in my garden for 3 years now, waiting for a new engine. I'd been waiting for a whole manual 1.3 preface to come up cheap locally (funny joke, I know) so I could just have a parts car. Fast forward to February when this pops up on eBay about 15 miles away.

A bit rough looking with an already once replaced tailgate which I guess put a few people off, as I took a punt and won it for £400. I didn't care about the bodywork as long as it ran. It even had some MOT left. I went and picked it up the next day and had a good chat with the guy selling it who was a big Japanese car fan. He'd planned to do the NC500 in it for a laugh, but never got round to it.

Conveniently, the same day I picked it up, my Audi decided to give up the ghost. I couldn't be bothered to deal with fixing that again so off it went, and I decided to use the Micra for a bit, so got to work sorting it out... 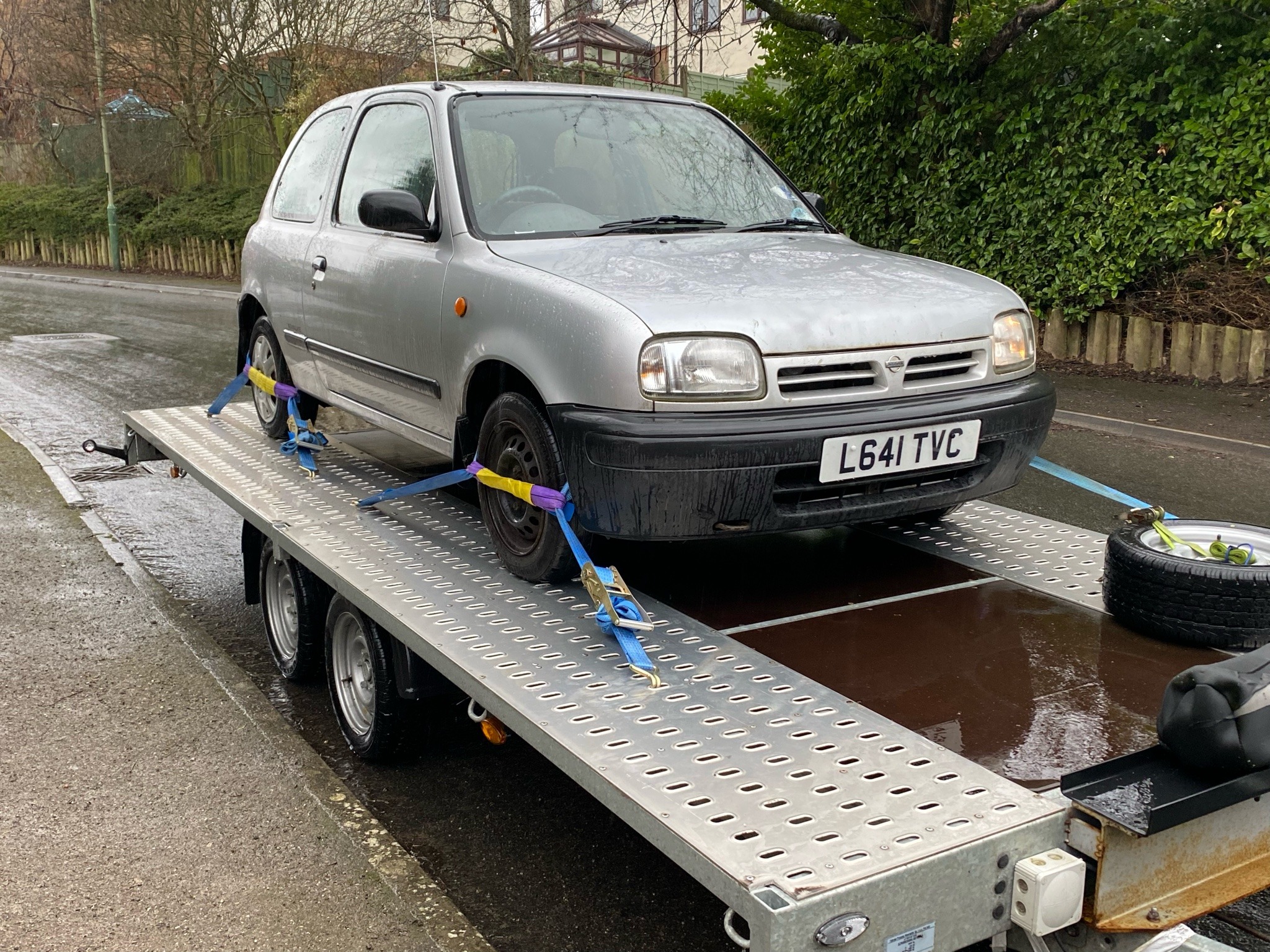 So now that’s the back story out the way, meet Mable! 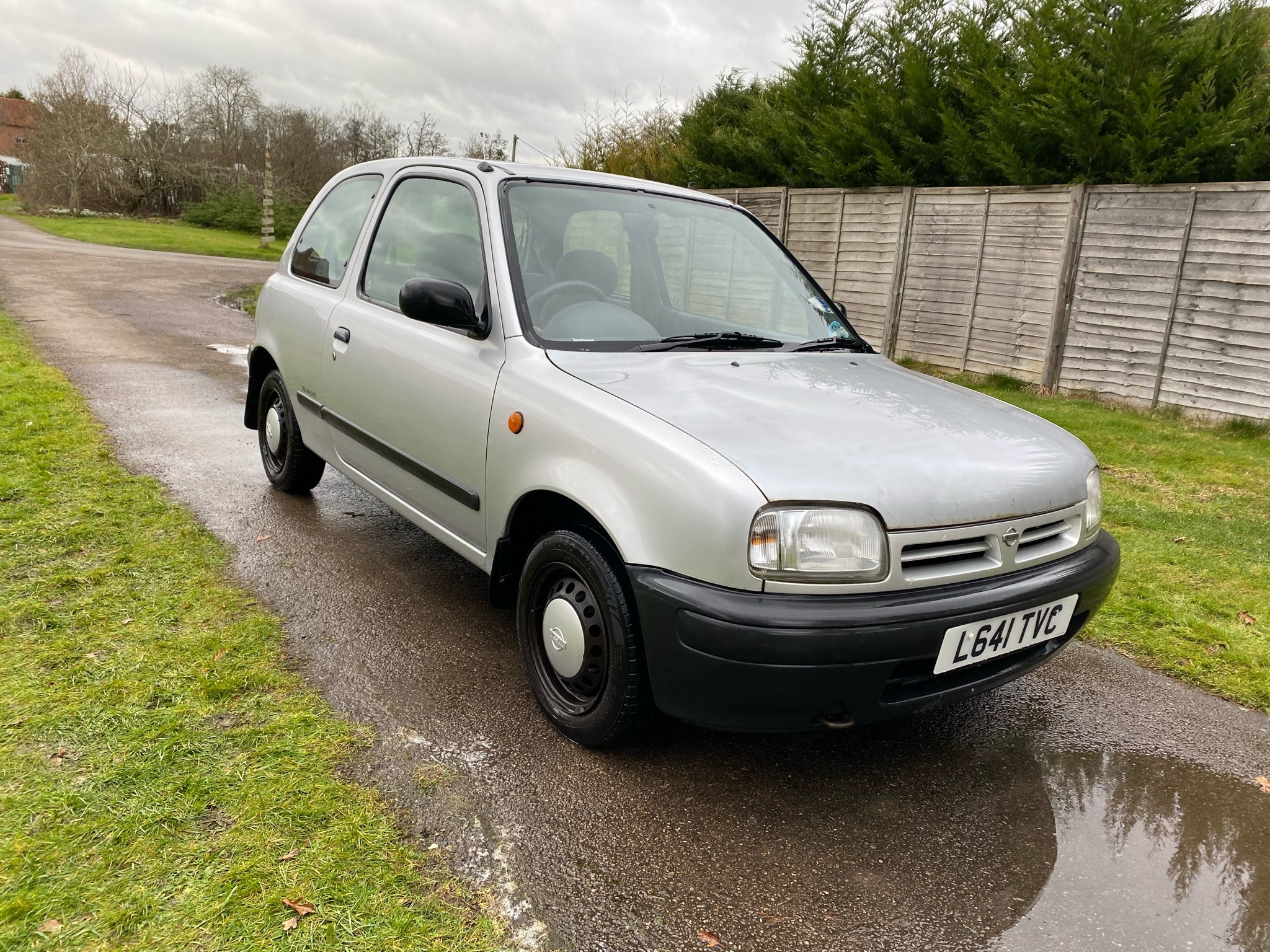 The car honestly wasn’t in bad shape mechanically. A few knocks over the body work and a little bit of rust coming through on the sills but that was it. According to the history it was one owner for 17 years, who did less than 1,000 miles a year, and then it got passed about a bit with one owner doing 20k a year!

It was at this point I gave my Super S its first good look over in a few years. It was rusty when I parked it up, but in the time it was sat it had become completely rotten. Cross member, sills, floor pan, subframes, A-pillars, the lot. It was high mileage, and I was the 13th owner, it was far from perfect anyway and it just wouldn’t be economical to save it, so got to work swapping all the good bits over onto Mable. 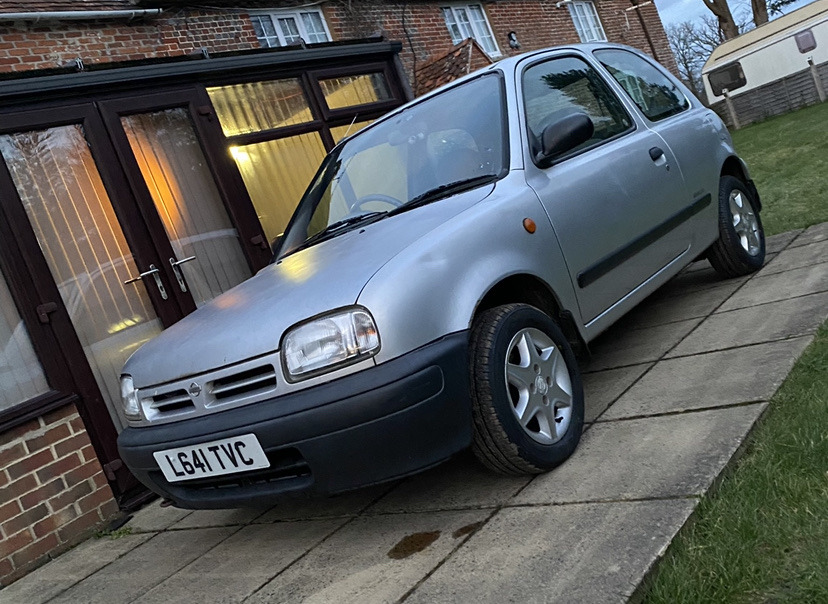 First off, the tyres were shot, so on went the Super S alloys with a nice fresh set of Toyos. I gave it a full service and fitted some new discs and pads. The expansion tank sprung a leak as you can see in the photo above, so that was replaced as well. The big dent in the boot just popped out and there was only a scuff behind the bumper, so the rear bumper was the first bodywork job. It basically fell off my Super S thanks to the rust. A few coats of paint and on it went, also got the door strips and handles colour coded whilst I was at it 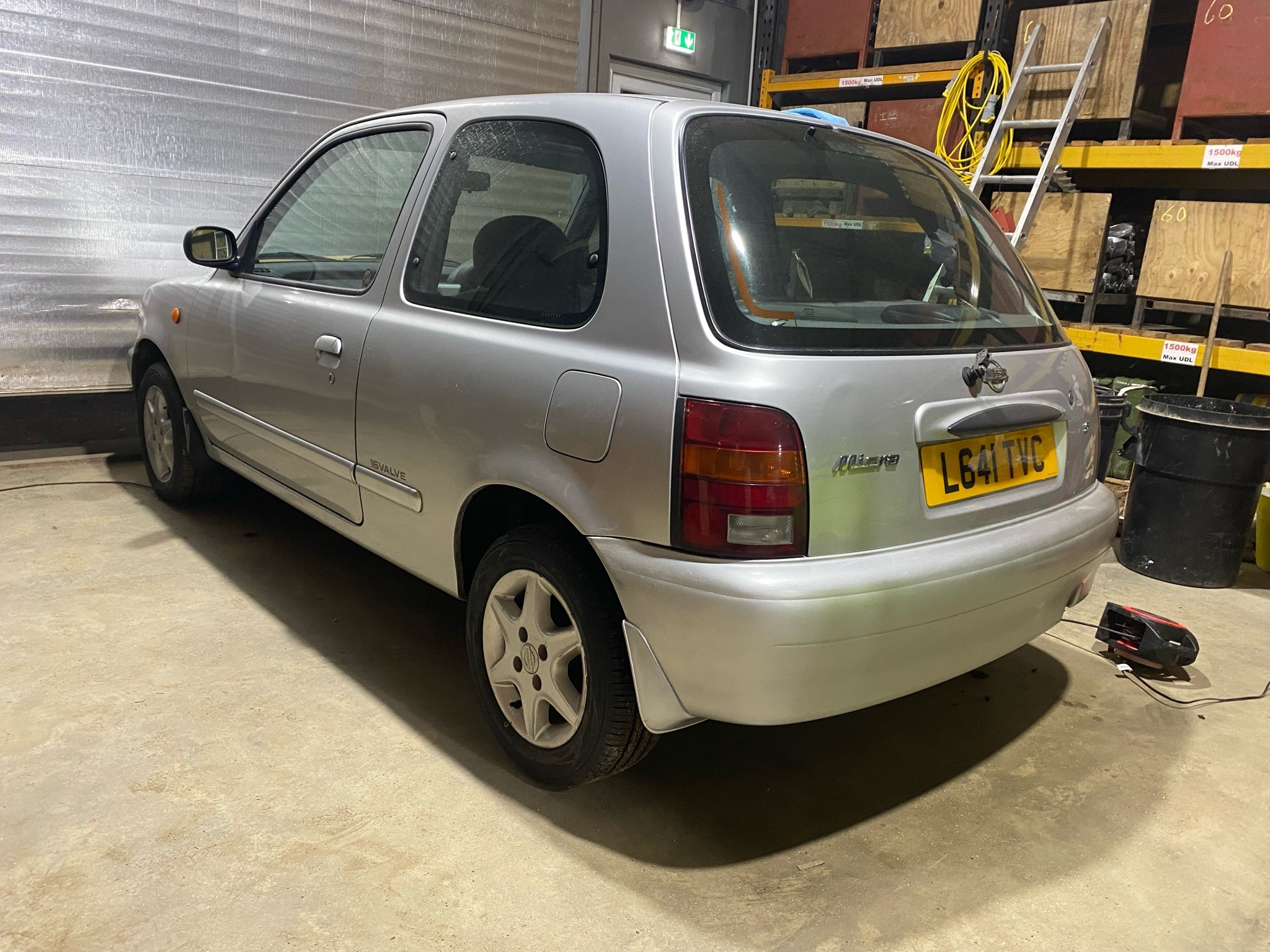 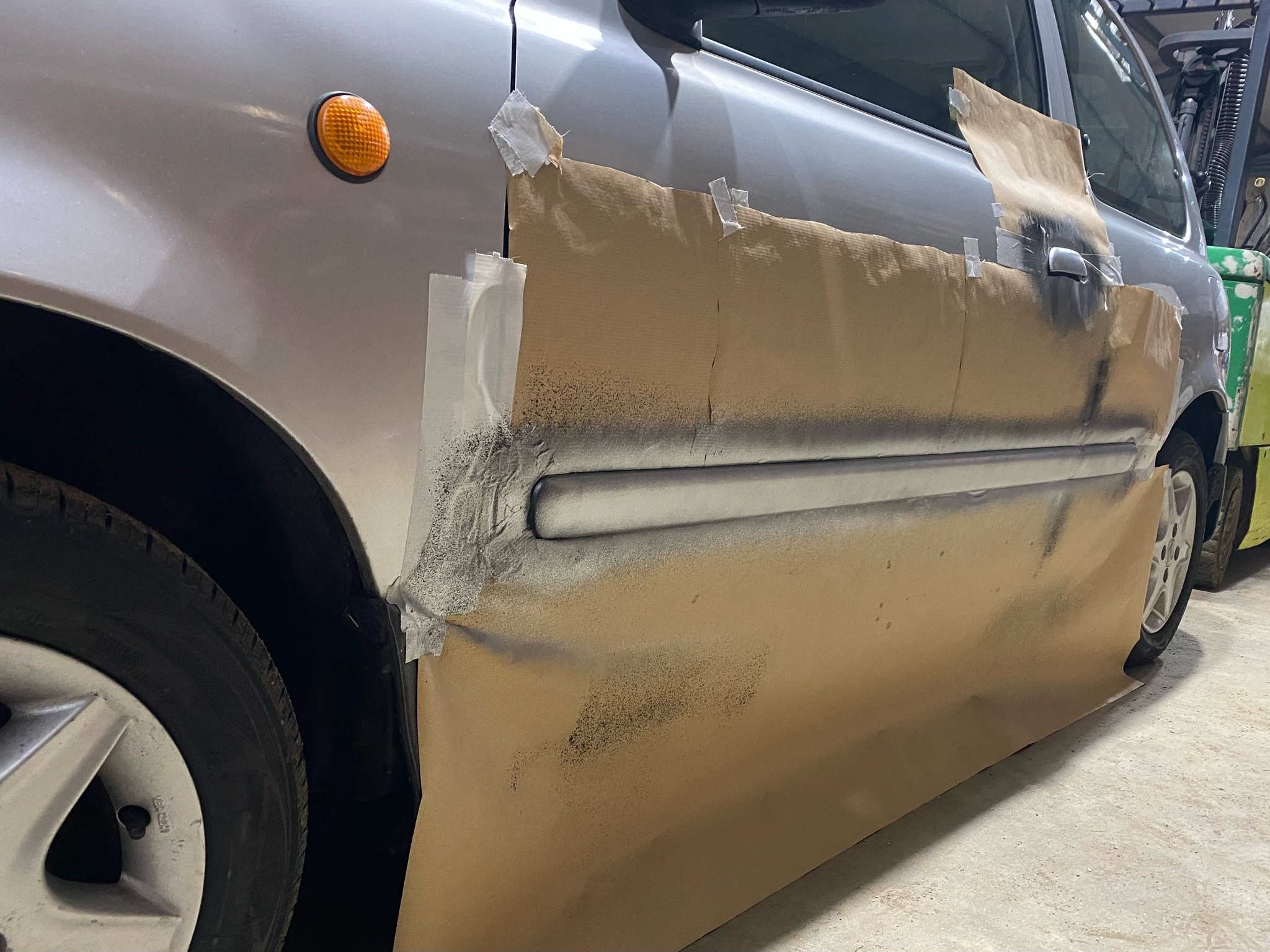 The old bonnet was rusty, so I painted up the Super S one (badly), shortly followed by the front bumper. I only had one plug for the driving lamps hidden in the loom, so I did a little bit of wiring to get them playing ball. Next up was the spoiler, and that was all of the exterior Super S bits swapped over. Because it has a final facelift tailgate, there were no spoiler holes, or any access to drill them through, so I just went for the cop out method and smothered it in tigerseal. 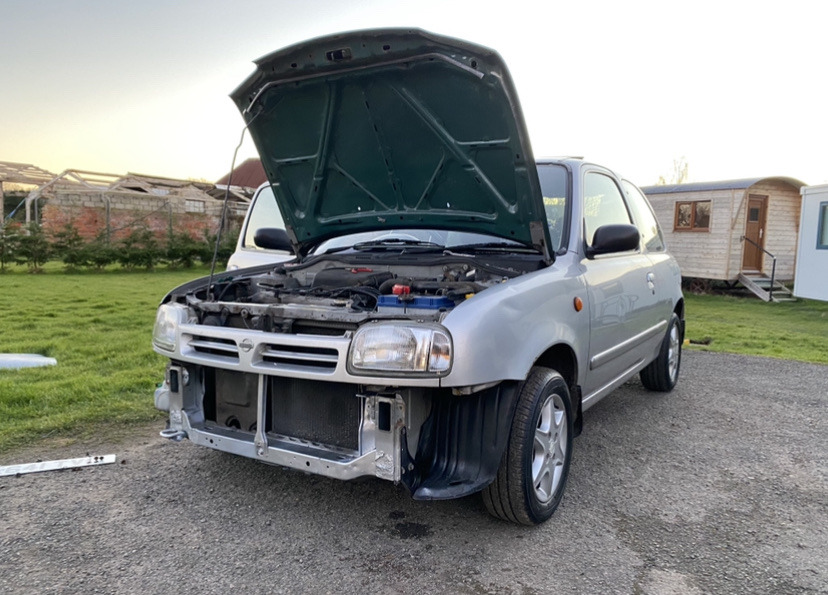 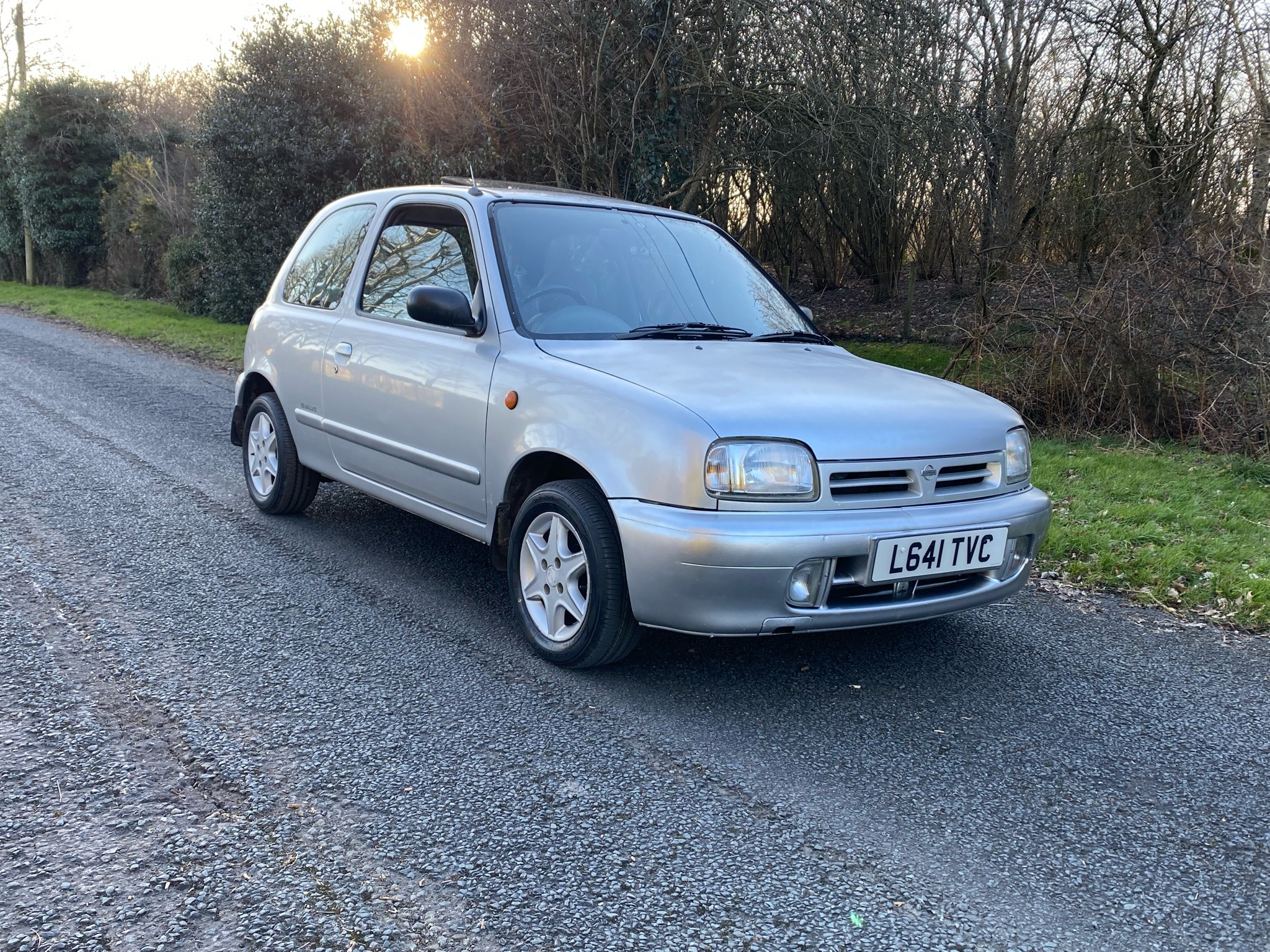 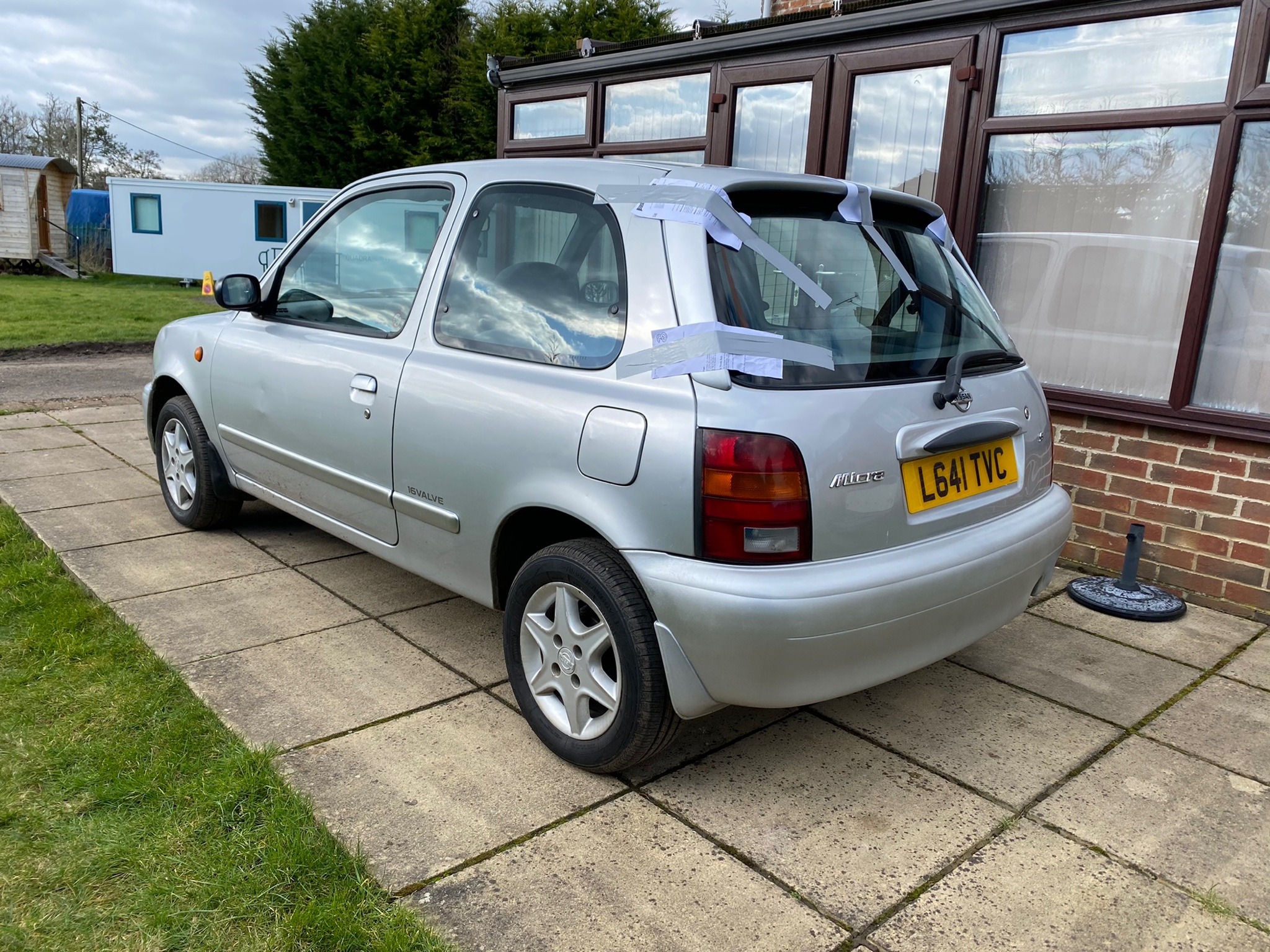 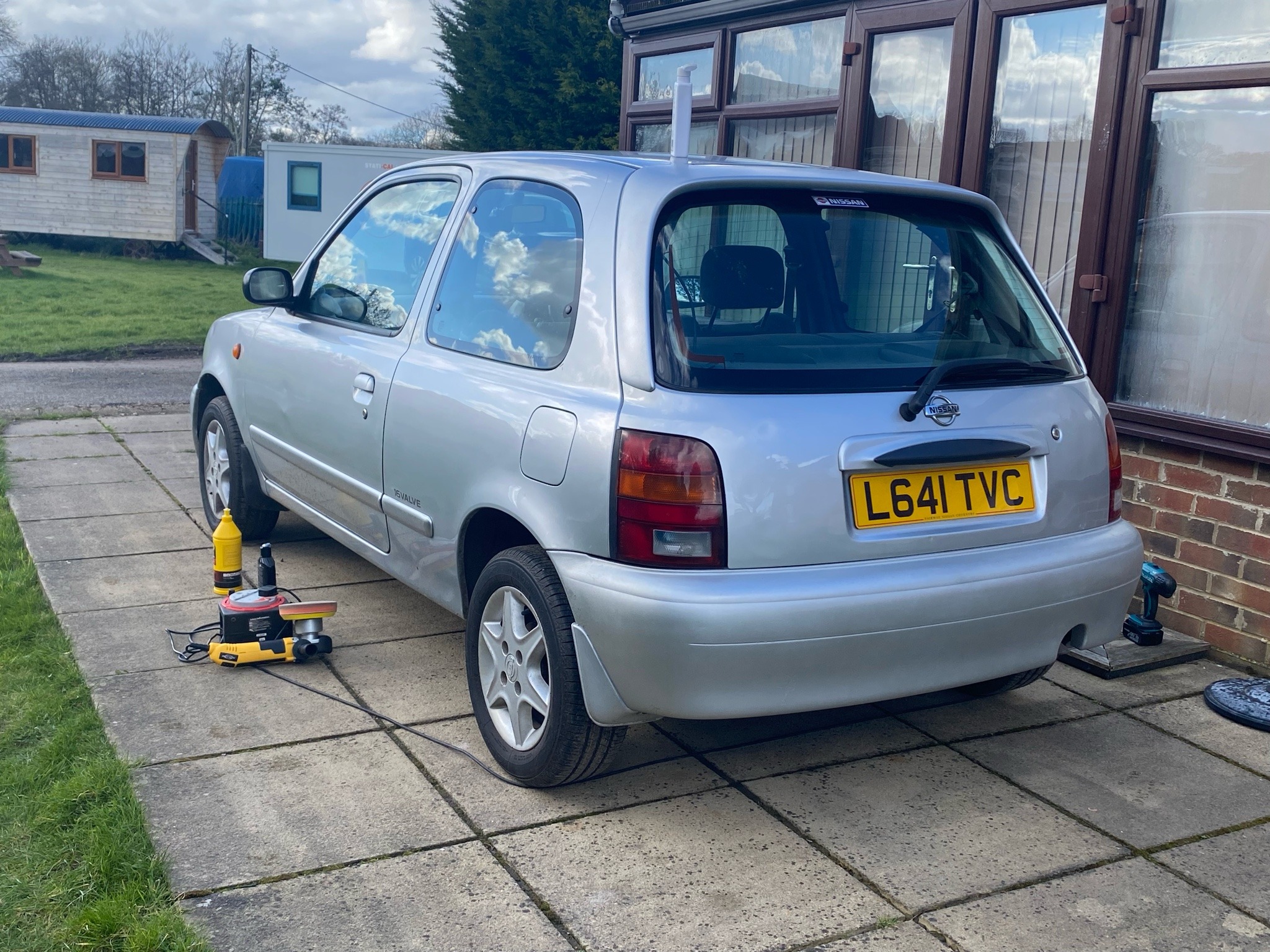 I did away with the modern badges, gave it a quick polish with the DA, and fitted a set of replica Fairway Nissan dealer plates in the old style font to make it look its age. I also swapped over my LHD tail light so it's now got two clear lenses, which all together tidies it up nicely I reckon. That was the main bits outside sorted, and this is how it sits at the moment.

I had a diffused LED strip sitting around which fit nicely under the front edge of the bonnet so you can't see it when it's off. Not to everyones taste I'm sure, but it was warm white and matched nicely with the headlights so I thought I'd try something different! 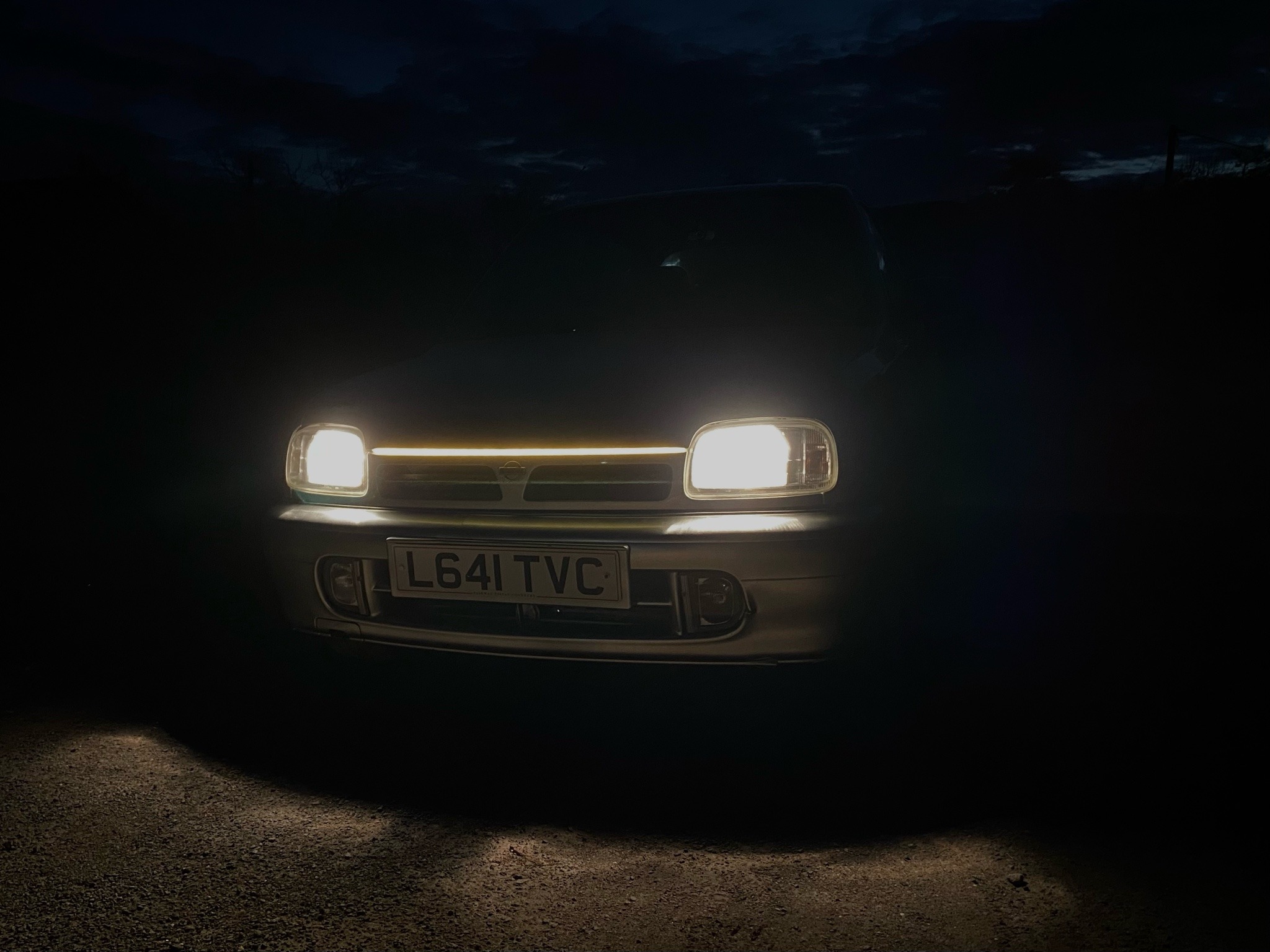 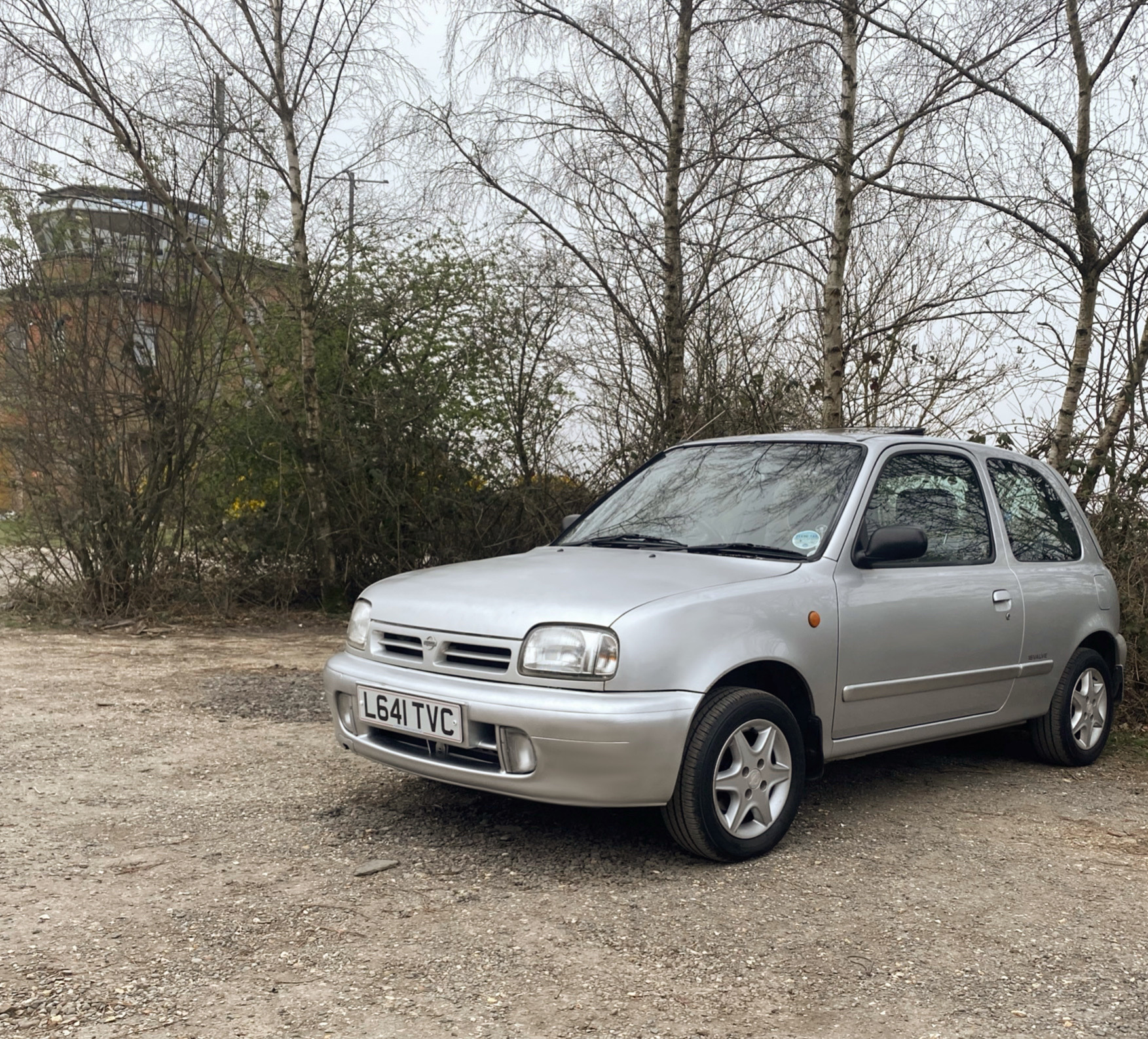 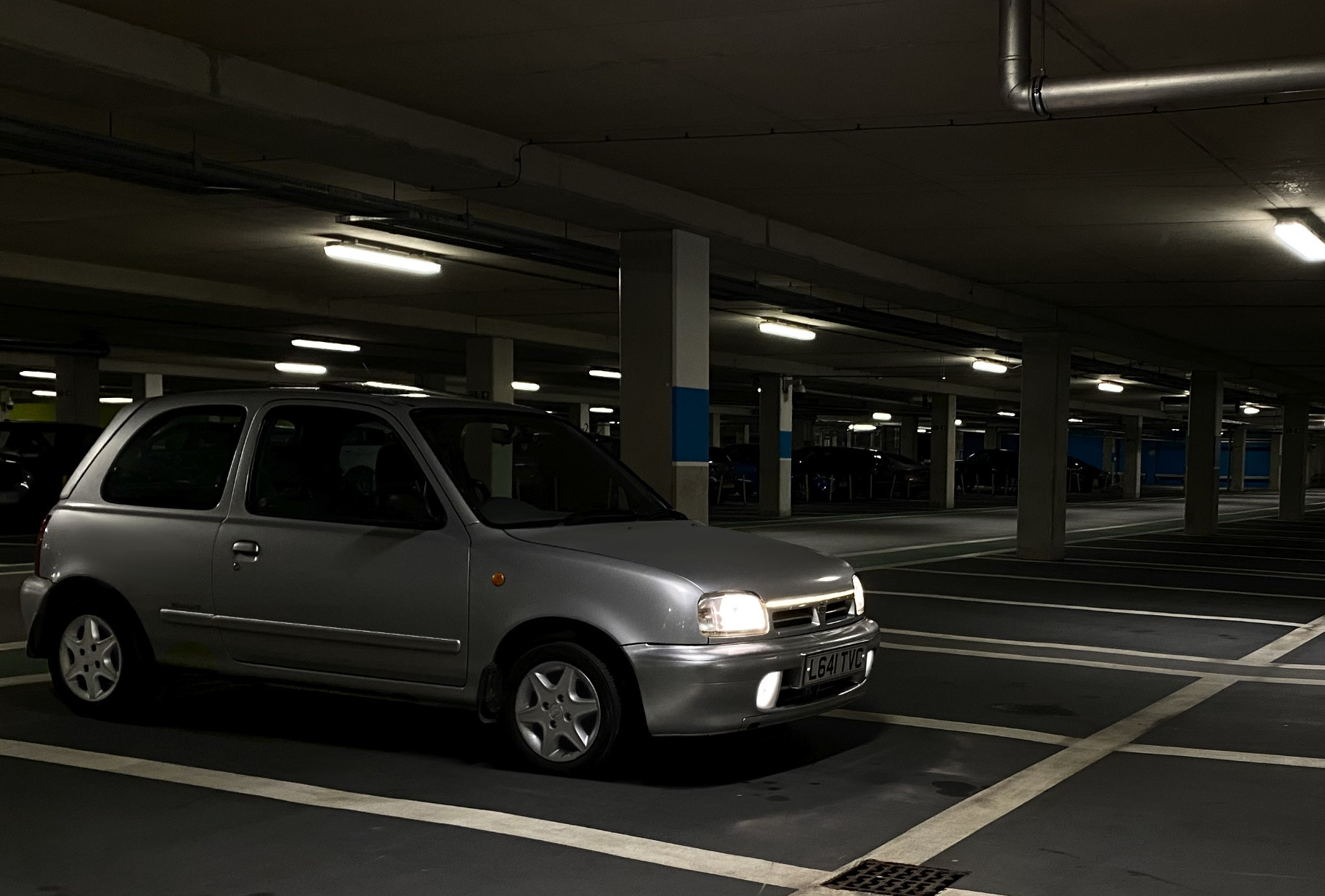 And there she is, Mable the 1.3 LX masquerading as a Super S. Overall I'm really happy how this has turned out so far, its a shame the Super S was so far gone, but at least it's living on in part here. Before it passes another MOT I'll probably need the sills looking at, so thats the only major job left to do on the outside. Other than that it's just sorting out a few smaller dings and scratches.

I'll get on and do another post on the bits I've done inside hopefully tomorrow, as I didn't take many photos of that as I was going along